At the height of secret negotiations to end the Vietnam War in 1972, then US secretary of state Henry Kissinger allegedly shared an actress girlfriend with a Hollywood lawyer who became notorious for his mobster connections. A controversial new biography of the late Sidney “The Fixer” Korshak, claims that Mr Kissinger was dating actress Jill St John while she was having an affair with Korshak, a married man 33 years her senior. 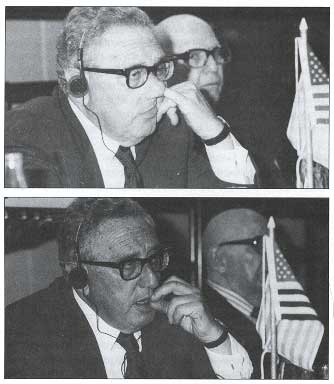 While Kissinger’s relationship with St John was widely reported, only a few Hollywood insiders were aware of her links to Korshak. In Supermob by Gus Russo, an award-winning investigative reporter, Korshak is described as the most powerful lawyer in the world until his death in 1996.
According to Russo, Korshak could make “the gambling debt of a celebrity’s son disappear, deliver an actor to one studio while still under contract to a competitor and make intractable (union) problems evaporate”.

This entry was posted in Bizarre, Crime & Corruption, Organized Crime. Bookmark the permalink.