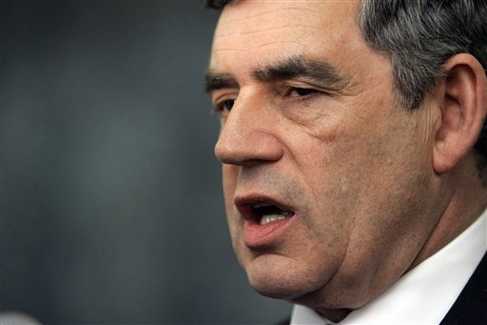 The Prime Minister has resolved that for the greater good of us all, he will turn Britain into a work camp.

Gordon Brown received his most enthusiastic applause before he had spoken: there was real warmth in the greeting extended to the new Prime Minister as he arrived on the podium.

But as Comrade Brown addressed the party, he achieved a most dispiriting effect.

It was admirable stuff, at least in parts, but there was so much of it and such unrelieved earnestness and such a continual and relentless emphasis on hard work.

Comrades, we are building a land fit for workaholics and if you cancel your holiday in order to get the new tractor factory finished on time, you are a hero of our time.

The Prime Minister has resolved that for the greater good of us all, he will turn Britain into a work camp.

If you work hard, things will go well for you, or as Comrade Brown put it: “If you try hard, we will help you make the most of your talents.”

But he warned that “immorality” will not be tolerated.

Comrade Brown expects “discipline, respect, responsibility”, and “anyone who is caught selling drugs or using guns will be thrown out”.

What is more, he thundered, “No one who sells drugs to our children or uses guns has the right to stay in our country.”

We are surprised that some commentators said they could find “nothing new” in Comrade Brown’s speech, for it seems to us that his promise to deport drug dealers and gun-toting criminals is a striking innovation in penal policy.

But perhaps the Brownites will point out that it is simply a return to the wholesome 18th-century practice of deportation, from which the American colonies and Australia benefited so enormously, receiving as they did so many of the most energetic and freedom-loving inhabitants of these islands.

We cannot help wondering how easy Comrade Brown will find it to deport French or German criminals.

But where there is a will, there must be a way, and the vital thing, as the Prime Minister pointed out, is to defend our British way of life.

The British way of life used to include a place for the bumbler, the idler and the joker and used to value freedom and spontaneity over state control and regimentation.

We are told that people in the olden days used sometimes to laugh at authority and liked to sit down for a cup of tea and a chat, and even thought it a good idea, at the end of the day, to relax with a pint of beer and a cigarette.

But that almost unimaginably barbaric era is over and so is the ridiculous notion that the answer to some of our problems might be to give people more freedom, not less.

So Comrade Brown told the conference: “We will send out a clear message that drugs are never going to be decriminalised.”

Some of us could not help raising an eyebrow as we heard the word “never”.

It appears that Comrade Brown intends to guide our destinies until the end of time.

Surely he has not already succumbed to the monstrous vanity of thinking that his moral tyranny, firmly buttressed by extracts from his estimable father’s sermons, will endure forever?

As if sensing that he had failed to delight everyone, and had even inspired vague, involuntary feelings of gloom in some of his supporters, Mr Brown told the conference at the end of his address: “Sometimes people say I am too serious and I fight too hard and maybe that’s true.”

One of the things people actually used to say about the Brownites, in the long years before their man got the top job, was that they could never see a belt without hitting below it.

But those days are also past and moral seriousness lies at the heart of the appeal the new Prime Minister is making to us.

His tone of voice is different, but Mr Brown turns out to be every bit as self-righteous as Tony Blair. 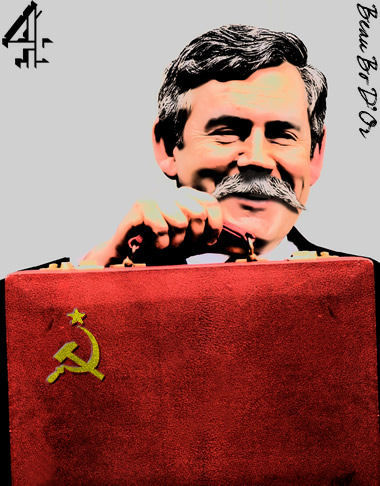 2 responses to “Gordon Brown’s vision: UK as a work camp”