Anglican-Catholic Reunion in the Works 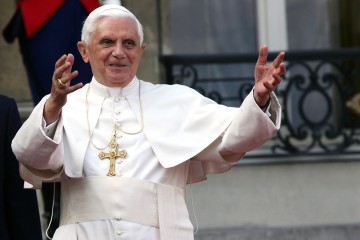 The pope is preparing to accept half a million disgruntled Anglicans into the Roman Catholic Church. Australian Catholic weekly The Record reports that the Vatican will accord the Traditional Anglican Communion a personal prelature if unity talks succeed.

“History may be in the making,” begins the Record article. “It appears Rome is on the brink of welcoming close to half a million members of the Traditional Anglican Communion into membership of the Roman Catholic Church. Such a move would be the most historic development in Anglican-Catholic relations in the last 500 years. But it may also be a prelude to a much greater influx of Anglicans waiting on the sidelines, pushed too far by the controversy surrounding the consecration of practicing homosexual bishops, women clergy and a host of other issues.”

The Traditional Anglican Communion is a group of churches with a worldwide membership of 400,000 people. It formed in 1990 from a dozen Anglican churches that broke away from the 80-million-strong Anglican Communion (of which the Church of England is the heart), mostly to protest the liberalism creeping into that organization.

In October 2007, the Traditional Anglican Communion sent a letter formally requesting “full, corporate and sacramental union” with the Roman Catholic Church, which has since been under review by the Vatican.

The Vatican’s Congregation for the Doctrine of the Faith has decided to recommend that the Traditional Anglican Communion be offered a person prelature. This would put the communion in the same position as Opus Dei. The Record explains that a personal prelature is “something like a global diocese without boundaries, headed by its own bishop and with its own membership and clergy.”

The Trumpet has followed this subject closely because of its prophetic significance. For half a century, Herbert W. Armstrong and his Plain Truth magazine expounded on biblical prophecies foretelling the unification of Protestants with their Roman Catholic mother church. The October 1961 Plain Truth, for example, said this: “The pope will step in as the supreme unifying authority—the only one that can finally unite the differing nations of Europe. … Europe will go Roman Catholic! Protestantism will be absorbed into the ‘mother’ church—and totally abolished.”

This prophecy is in process of being fulfilled right now. The Vatican is expected to possibly announce its decision to absorb the Traditional Anglican Communion around April this year.

The eagerness of the Vatican to absorb the Anglican communion, and the lengths to which the communion is prepared to go to be accepted by Rome—“no matter what the personal cost”—is an indication of things to come.

Read Trumpet editor in chief Gerald Flurry’s article “Anglicans Submitting to the Pope” and “Returning to the Fold,” by Stephen Flurry, to learn how full unity between the Anglicans and Catholics will finally be achieved. •

This entry was posted in Christianity, One World Religion, Religion & Spirituality, Vatican. Bookmark the permalink.