There is now irrefutable scientific evidence that far from global warming the earth has now entered a period of global cooling which will last at least for the next two decades.

Evidence for this comes from the NASA Microwave Sounding Unit and the Hadley Climate Research Unit while evidence that CO2 levels are continuing to increase comes from the Mauna Loa Observatory in Hawaii.

Professor Don Easterbrook one of the principle speakers at the recent World Conference on climate change held in New York in March this year attended by 800 leading climatologists, has documented a consistent cycle of warm and cool periods each with a 27 year cycle. Indeed the warm period from 1976 to 1998 exactly fits the pattern of climate changes for the past several centuries long before there were any CO2 emissions. Greenland Ice core temperature measurements for the past 500 years show this 27 year cycle of alternating warm and cool periods. Recently the global temperature increased from 1918 to 1940, decreased from 1940 to 1976, increased again from 1976 to 1998 and has been decreasing ever since.

However throughout this time CO2 has been added to the atmosphere in increasing amounts. This point was brought out by at the New York conference by Vaclav Klaus the rotating President of the EU and President of the Czech Republic. If CO2 emissions cause temperature rises than why is it that every 27 years the earth climate switches to a cooling mode with decreasing temperature? Clearly there is another explanation that does not include humans. .

Nearly ten years into the 21 century it is clear that the UN IPCC computer models have gone badly astray. The IPCC models have predicted a one degree increase in global temperature by 2011 with further large temperature rises to 2100. Yet there has been no warming since 1998 with a one degree cooling this year being the largest global temperature change ever recorded. Nasa satellite imagery from the Jet Propulsion Laboratory in California has confirmed that the Pacific Ocean has switched from the warm mode it has been in since 1977 to its cool mode, similar to that of the 1945-1977 global cooling period.

The evidence that the earth is in a cooling mode rather than a warming mode is there for all to see. the RSS(Remote Sensing System) in Santa Rosa California has recorded a temperature fall of two to three degrees in the Arctic since 2005, while US Army buoys show an increase in Arctic ice thickness to 3.5 metres. North America has had two of its worst winters for sixty years with the temperature in Yellowstone Park falling to a staggering minus 60 degrees.

About 46” of snow fell in New York in two weeks! Last February Toronto had over 70 cms of snow, more than anything since 1950! Snow has fallen in parts of China and Asia for the first time in living memory while Britain had its worst January for twenty years. Alps have best snow conditions in a generation ran a newspaper headline last December. Strange indeed that the BBC , who likes us to believe it is impartial does not mention these freezing temperatures and Arctic conditions.

Some warming in the Antarctic has only been on a small 20 mile strip of the Antarctic Peninsula as a result of the 1977- 1998 warming period. This is insignificant compared to the overall size of the huge Antarctic continent.

Studies by the WeatherAction team(weatheraction.com) led by astrophysicist Piers Corbyn and also the measurements of sun spots by the Institute of Solar-Terrestrial physics in Irkutsk in Russia show that over the last 50 years solar activity has been at its highest for the past several thousand years.

The Russian physicists have analysed sun spot activity from 1882 to 2000 and have noted that the minimum of the cycle of solar activity will occur around 2021 to 2026 and that we will be facing not global warming but global cooling leading to a deep freeze around 2050.

and does not then portray the alternating warm cool warm cool cycle of recorded world temperatures. Also statements put out by the UN IPCC are unrepresentative of many of its members. I do not recall any votes being taken of the opinion of members.

At the New York climate change conference in March as well as Vaclav Klaus delegates also heard Dr Richard Linzen from MIT probably the leading climatologist in the world today, as well as Professor Syun-Ichi Akasofu, former director of the International Arctic Research Center, Dr Willie Soon of the Harvard-Smithsonian Center for astrophysics and Professor Paul Reiter of the Pasteur Institute who all demolished the global alarmists case piece by piece.

In his speech the EU President Vaclav Klaus had these controversial words for the environmentalist lobby.

“Environmentalists-even mainstream environmentalists are less concerned about any crisis posed by global warming than they are eager to command human behaviour and restrict economic activity” He also said “their true plans and ambitions: to stop economic development and return mankind centuries back.

He got a standing ovation from the assembled audience.

His assertion about the involvement of politicians is not surprising. This whole movement is in many parts a political movement with nearly all the recognised climatologists throughout the world dissenting from the man made global warming theory.

This can be seen on the US Senate Environment committee web site with over 700 leading climatologists from 24 different countries including Nobel Prize laureates all dissenting from the man made global warming theory. It has been well reported that at least one of the architects of Koyoto has strong links with the New Age Movement which is not a movement that would promote economic growth.

We have all recently noticed the escalating price of food. The reason for this is because American grain, the breadbasket of the world, is increasingly being turned into ethanol which has led to a three fold increase of maize prices worldwide. This has the potential to cause worldwide starvation!

Terri Jackson is a Queens graduate physicist, climatologist and formerly founder of the Energy Group at the Institute of Physics, London.

The secretive 2009 Bilderberg Group meeting is currently under way in Greece. The Bilderberg Group meeting is an annual event where roughly 100 to 150 of the most powerful individuals from the world of business and politics formulate their agenda. This meeting has taken place since 1954 and has received very little corporate controlled media coverage despite its obvious importance. Last year’s attendees included people like current Health and Human Services Secretary Kathleen Sebelius, former Chairman of Chase Manhatten Bank David Rockefeller, former Goldman Sachs CEO and Treasury Secretary Hank Paulson, current Treasury Secretary Timothy Geithner, current Federal Reserve Chairman Ben Bernanke, South Carolina Governor Mark Sanford, former Secretary of State Henry Kissinger, Google CEO Eric Schmidt and former Secretary of State Condoleeza Rice. The entire attendee list of the 2008 Bilderberg Group meeting can be viewed here and the list contains some of the most powerful men and women in North America and Europe. Obviously, a group of people like this do not meet on an annual basis just for fun and the 2009 meeting which will take place from May 14th – May 17th is no exception. What’s interesting about the Bilderberg Group meeting is its origins which link back not only to European royalty but quite possibly the Knights of Malta as well. 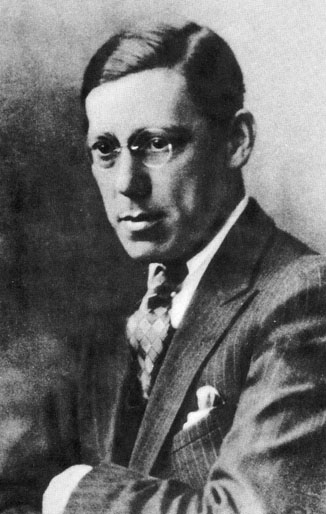 Prince Bernhard’s role in the foundation of the Bilderberg Group is fairly well known but the man that played a much more central role in its formation was a man by the name Joseph Retinger. Retinger a Polish political adviser and Catholic was one of the early advocates of European integration and proponents of the Council of Europe. He is widely believed to have been a member of the Knights of Malta. Sylvia Browne in her book Secret Societies — And How They Affect Our Lives Today lists Retinger as being a member of this organization.

In Holly Sklar’s book Trilateralism, the following is said of Retinger’s involvement in the formation of the Bilderberg Group.

Bilderberg has its inception in the brilliant brain of Dr. Joseph Retinger, an extraordinary character who flitted through Europe talking on intimate terms with Prime Ministers, labour leaders, industrial magnates, revolutionaries and intellectuals – in short all the non-Communist rulers and would-be rulers of the free nations of Europe.

The book also describes Retinger’s involvement with individuals like John Foster Dulles and W. Averell Harriman as well as other high profile individuals who have long been associated with moving the global government agenda forward.

Retinger is considered to be the brains behind the formation of the Bilderberg Group where as Prince Bernhard played more of a figure head role serving as its first chairman. It is interesting to see how a man who is widely believed to have been a member of the Knights of Malta was actually behind the creation of this group. Much of the alternative media places a focus on Prince Bernhard when tracing back to the group’s origins. This is despite the fact that Retinger played a much more central role in the creation of this group relative to Prince Bernhard.

Obama is weighing plans to detain terror suspects on U.S. soil — indefinitely and without trial — as part of a plan to retool trials held for Guantanamo prisoners.

The Obama administration is weighing plans to detain some terror suspects on U.S. soil — indefinitely and without trial — as part of a plan to retool military commission trials that were conducted for prisoners held in Guantanamo Bay, Cuba.

The proposal being floated with members of Congress is another indication of President Barack Obama’s struggles to establish his counter-terrorism policies, balancing security concerns against attempts to alter Bush-administration practices he has harshly criticized.

On Wednesday, the president reversed a recent administration decision to release photos showing purported abuse of prisoners at U.S. military facilities in Iraq and Afghanistan. Mr. Obama cited concern that releasing the pictures could endanger U.S. troops. Mr. Obama ordered government lawyers to pull back an earlier court filing promising to release hundreds of photos by month’s end as part a lawsuit brought by the American Civil Liberties Union.

The decision to block the detainee photos contrasts with the administration’s release last month of Bush-era Justice Department memorandums outlining the interrogation tactics used on prisoners by the Central Intelligence Agency. The release of the memos set off a heated political fight, with supporters of the Bush administration accusing the Obama White House of endangering the country and some of the current president’s supporters calling for criminal probes of those responsible for the interrogation policies.

The administration’s internal deliberations on how to deal with Guantanamo detainees are continuing, as the White House wrestles with how to fulfill the president’s promise to shutter the controversial prison. But some elements of the plans are emerging as the administration consults with key members of Congress, as well as with military officials, about what to do with Guantanamo detainees.

Sen. Lindsey Graham (R., S.C.), who met this week with White House Counsel Greg Craig to discuss the administration’s plans, said among the proposals being studied is seeking authority for indefinite detentions, with the imprimatur of some type of national-security court.

Spanish documentary plumbs the depths of the secret world of Freemasonry

With Angels and Demons and The Da Vinci Code continuing to stir up controversy, Madrid-based sales outfit Kevin Williams Associates has just picked up a new feature documentary that explores in depth the secret world of freemasonry.

Masons – The Sons Of The Widow, screening in the Marche, is written and directed by Santiago Lapeira. The film – made through Black Flag Productions and Verne Films – tells the story of Marta, a young university professor who discovers that her father belonged to the Freemasons.

She resolves to find out more about the organisation, embarking on a journey that takes her to Rome, Istanbul, Paris, Madrid, Barcelona and Colliure. She learns about the relationship between Gaudi’s architecture and masonry and also delves into the rites, symbols and internal lives of the lodges of orders.