Some tout Jeb Bush as GOP savior in 2012 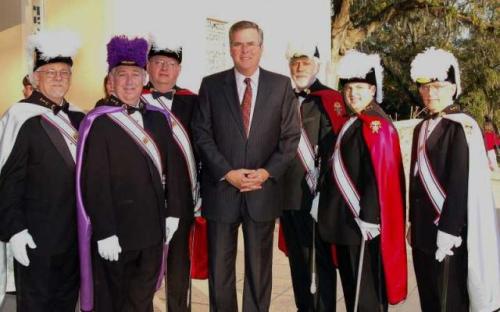 WASHINGTON, Feb. 13 (UPI) — Some Republican activists unexcited by their presidential field are clamoring for a familiar name: Jeb Bush.

The former Florida governor and son and brother of presidents has said repeatedly he will not run in 2012, although he has not ruled out later elections.

Still, some hope he can be convinced, the St. Petersburg (Fla.) Times reports.

“None of the candidates talking about running now really stands out, but Jeb Bush would be really strong,” said Adam Hubler of Virginia, one of the activists attending the Conservative Political Action Conference in Washington last week.

“There’s no question Jeb Bush is one of, if not the, most popular Republican in the country, but the fact is he’s not running,” said Ron Kaufman, a strategist who helped President George H.W. Bush get elected in 1988.

The presumptive GOP front-runner, Mitt Romney, is saddled with a label of flip-flopper and a healthcare reform program in Massachusetts that closely resembles “Obamacare.”

Bush has been active giving speeches on education reform and consulting.