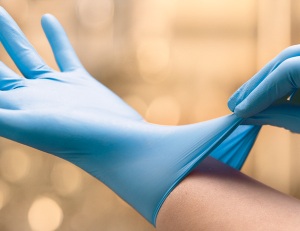 An Oakland County lawmaker is taking aim at the Transportation Security Administration and how its agents perform airport passenger security checks.

State Rep. Tom McMillin, R-Rochester Hills, wants to make it a misdemeanor for any TSA employee to “conduct an intrusive, personal search on citizens without reasonable cause.”

The legislation introduced Thursday by McMillin was referred to the state House Judiciary Committee.

McMillin referenced a recent incident at Detroit Metropolitan Airport “where a 29-year-old special needs passenger was subject to an allegedly intrusive search.”

“The federal government is not God,” McMillin said Friday. “It doesn’t get to decide what it can do to our citizens. This is one law that needs to be in place.”

McMillin’s bill says TSA screeners “shall not intentionally touch the clothed or unclothed breast, genitalia, buttocks or anus of that other individual except upon reasonable cause to believe that the individual may be concealing an item that is prohibited on that public property or on that mode of public transportation.”

Under McMillin’s bill, a first offense could draw a penalty of up to 93 days in jail, a $500 fine, or both.

McMillin said he patterned the bill after similar legislation in Texas. In Texas, the state House approved it but the state Senate rejected it after the U.S. Attorney’s Office wrote that such a law would conflict with federal law and criminalize searches required under federal regulations, and that TSA would likely be required to cancel flights if it couldn’t ensure the safety of passengers and crew.

The TSA was formed after the Sept. 11 terrorist attacks in 2001 to “strengthen the security of the nation’s transportation systems while ensuring the freedom of movement for people and commerce,” the TSA website says.

But the federal agency has been criticized for its pat-down searches, chosen by travelers who are uncomfortable with TSA’s use of advanced imaging technology to screen passengers.

“My wife just traveled with our kids,” McMillin said. “We had to make the decision. We were nervous about them groping our children.

“I think there is an interest in the state in standing up for our citizens,” he said. “As we keep hearing about the problems throughout the nation, it’s a good safeguard.”

TSA screeners are most visible in commercial airports like Detroit Metropolitan Wayne County Airport in Romulus and Bishop Airport in Flint.

VanderVeen most recently was appointed by Gov. Rick Snyder to the Michigan Aeronautics Commission.

“I’m not sure the state Legislature can preempt federal rules,” VanderVeen said of McMillin’s legislation.

Most flights in and out of the local county airport are smaller private, corporate or charter flights.

“We’ve had some contacts with TSA, but they’re not stationed on the airport,” he said. “Our contact has been along the lines of security, the cameras and fences, and meeting the current federal standards.”

“General aviation has an advantage in that the pilot knows the manifest, he knows everyone on the airplane,” VanderVeen said.

Climate change should be removed from the national curriculum 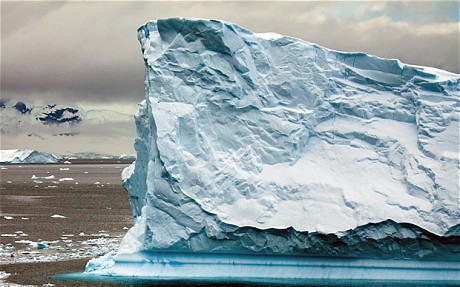 Climate change should be removed from the national curriculum, the government adviser conducting a review of the syllabus for five to 16 year olds in England has claimed.

Tim Oates said schools ought to choose whether or not to teach the subject as he called for the curriculum to “get back to the science in science”.

Mr Oates, whose review will be published later this year, told a newspaper the syllabus should be stripped back to focus on core areas of scientific knowledge such as gravity and oxidation.

He said teachers should instead be able to make individual choices about what topics are relevant for them to cover.

“We have believed that we need to keep the national curriculum up to date with topical issues, but oxidation and gravity don’t date,” he said.

“The curriculum has become narrowly instrumentalist.”

Mr Oates, who is director of research at exams agency Cambridge Assessment, told The Guardian: “The national curriculum shouldn’t ever try to keep up with those, otherwise it would keep changing.”

He said the topics that engaged children in science changed dramatically every year and the curriculum should not try to keep up with that.

His comments mark a shift in approach to the curriculum, which under Labour expanded significantly to include scientific “issues” as well as scientific knowledge.

Under the current curriculum, children aged between five and 11, are taught that they should care for the environment.

By the time they reach secondary school age students are taught how human activity and natural processes can lead to environmental changes.

They also learn about the ways the natural world should be protected.

Climate change has featured in the national curriculum since 1995.

In 2007, the topics “cultural understanding of science” and “applications and implications of science” were added to the curriculum for 11- to 14-year-olds. 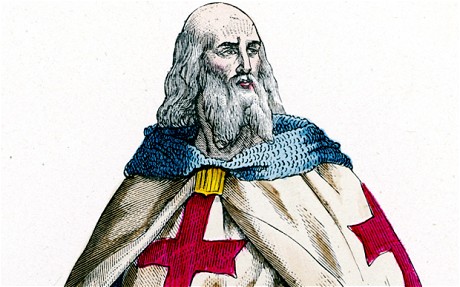 Jacques de Molay was burnt at the stake in 1314, and his heirs hold the Vatican partially responsible Photo: ALAMY Nick Squires

The heirs to the Knights Templar have demanded an apology from the Vatican for the murder of their last leader, who was burned at the stake in the 14th century.

The last Grand Master of the warrior monks who fought in the Crusades, Jacques de Molay, was executed in Paris in 1314 on charges of heresy, black magic and idolatry.

His death was part of a concerted campaign to suppress the chivalric order by King Philip IV of France, who had grown suspicious of the Templars’ power and envious of their wealth.

Although it was the French king who ordered de Molay to be put to death, the Templars have for centuries accused the Church in Rome of complicity.

Pope Clement V initiated an inquest into the order which led to many knights being subjected to heresy trials, before disbanding altogether.

The movement was reborn in the early 19th century as a charitable organisation and has branches around the world.

The Italian chapter of the order has written to Pope Benedict XVI asking him to issue a pardon for de Molay and to acknowledge that he was a victim of false accusations.

“There was an enormous degree of complicity because Clement V, who was Pope at the time, was under huge pressure from King Philip,” Walter Grandis, 64, the current head or Grand Prior of the Knights Templar in Italy, told The Daily Telegraph.

“This was an appalling crime and a miscarriage of justice that the Church allowed to happen.

“We’re asking for de Molay to be pardoned so that we can finally turn a page in history and work towards reconciliation,” said Mr Grandis, who recently wrote a book on the order, called The Templars: The Real Secret.

A document found in the Vatican Secret Archives a decade ago revealed that Clement V absolved some Templars of heresy, but the Church has never apologised for the order’s persecution.

The request for a pardon and apology was submitted to Dr Guzman Carriquiry Lecour, the under-secretary for the Pontifical Council for the Laity, a few weeks ago but will be discussed by modern-day Templars at a special conference in Turin on Friday and Saturday.

A Vatican spokesman said the request was being considered.

The inheritors of the Templar chivalric code have also launched a bid to rehabilitate de Molay, nearly 700 years after his death.

They achieved a small victory in March when a town in north-eastern Italy agreed to rename one of its squares in his honour.

A grand ceremony was held in Lusevera, a town in the Friuli-Venezia Giulia region on the border with Slovenia, during which the new name – Piazzale Jacques de Molay – was unveiled. A sign commemorates the knight as “a martyr to free thought”.

“It is the first time in Europe that de Molay has been recognised in this way,” said Mr Grandis.