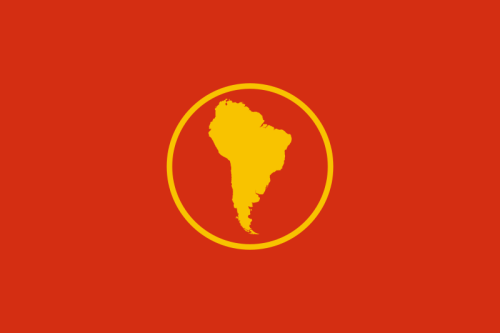 BUENOS AIRES, June 21 (BERNAMA-NNN-MERCOPRESS) — A new global order is emerging as a result of the world crisis and recession in developed countries and Latin America has a crucial role to play given its very satisfactory economic performance in recent years, Latin Unasur bloc Secretary General Maria Emma Mejia said.

Meeting in Madrid for the tenth anniversary of the Spanish foreign affairs think-tank Royal Institute Elcano, Ms Mejia together with other world experts and politicians were invited to discuss the international crisis, the emergence of new powers and if the world is heading for a new international order.

Ms Mejia said that the region’s economy expanded 6% last year and is expected to grow 4.5% this year, of which certainly “the U.S and particularly Europe would feel very envious”.

She added that “undoubtedly a new international order is emerging and Latin America believes it has a crucial role to play”.

However the Union of South American Nations (UNASUR) secretary general admitted that inequality and poverty are the main pending issue of Latin America. In spite of the successful economic performance there are still 124 million people living in poverty.

“This is our pending task in Latin America. Inequality and asymmetries are very serious, we have 124 million poor and 13% of our population is indigent, in spite of the huge efforts from countries such as Chile and Brazil” added Ms Mejia.

Following the ‘lost’ decade of the 1980, the ‘frustrated’ decade of the nineties, the current decade is “South America’s decade” said Ms Mejia who described the current situation as “most encouraging” as well as regional integration experiences such as Unasur (Union of South American Nations), through which the region can contribute to the world order and economic development.

However other guests were not so enthusiastic about the coming changes in the world order and what this could mean.

Robin Niblett, head of British Chatman House said the world was not going from an international order dominated by a certain part of the world to one dominated by another part, but rather in coming years “we will have to see how interdependence works out and not who dominates”.

In spite of the fact that the current crisis is “western”, Niblett cautioned “not to underestimate the strength of the U.S and Europe”, that have “some of the most competitive powers and corporations” and a “very strong social security system”.

Another participant at the forum was Yan Xuetong from the Tsinghua University Institute of Modern International Relations, considered one of the most prestigious institutions of China in this field.

“China is not a global power. From an economic point of view China is second in the world but this is not the case regarding political or military influence” said Yan Xuetong, who forecasted that China’s influence in coming years will be “mostly economic”.

“China needs plenty of time, possibly twenty years to become a truly world power”, said the Tsinghua university expert, who is also the editor of China’s Journal of International Politics. He added that “the peaceful rise of China will help to strengthen world stability”.