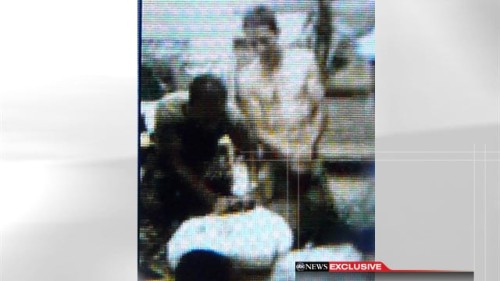 PORT-SALUT, Haiti – Haitians in this remote seaside town are demanding an investigation into allegations that United Nations peacekeeping troops pinned down an 18-year-old Haitian man and subjected him to a humiliating sexual assault.

The alleged assault occurred in July, but graphic cell phone video surfaced in recent days, showing what appears to be the four UN troops in camouflage and some wearing the trademark sky blue berets attacking the man. As the video began circulating through the coastal village, it sparked a growing sense of outrage there and prompted the victim’s mother and father to seek criminal charges against the United Nations peacekeeping officers, who are from Uruguay. Both parents submitted written depositions on Wednesday in Port Salut’s courthouse.

A medical certificate filed with the court in Haiti and obtained by ABC News, alleges the victim was beaten and had sustained injuries consistent with having been sexually assaulted.

Word of the alleged attack quickly made its way up the chain of command at the United Nations, both in Haiti and in New York, where officials are now vowing to see the incident investigated and the alleged perpetrators brought to justice. Michel Bonnardeaux, a spokesperson for peacekeeping operations based in New York, told ABC News that officials in his office first became aware of the allegations Saturday. They sent a diplomatic note to the Uruguayan mission requesting the country deploy a national investigative officer to Haiti immediately.

“The defense minister of Uruguay has expressed deep concern and said they will take all the necessary action,” Bonnardeaux said. “We see this as a breakdown of the command and control structure. If the allegations are proved, the assailants must be brought to justice.”

Messages left Friday with the Uruguayan mission in New York were not returned.

Bonnardeaux said the troops involved in the incident have been confined to their barracks.

Under an agreement between Haiti and the U.N., peacekeeping troops are only subject to discipline and legal action from their country of origin. Uruguay has deployed 1,100 troops to the quake-battered island nation. Bonnardeaux said the primary purpose for the U.N. troops being in Haiti is to insure the protection of Haitian civilians.

But that is not what appears to be happening on the one-minute video, which pans out from a sideways close-up of the alleged victim’s strained face to reveal his body being held down on a mattress by the uniformed men. The alleged assailants can be heard laughing as a shirtless soldier kneels behind the Haitian victim and appears to be assaulting him. The video ends as a soldier grabs the bedraggled young man’s arm and seems to try pulling him onto his feet.

Interviewed by a reporter at the courthouse, the young man said he was snatched from behind as he walked by the U.N. base. He alleged he was beaten and sexually molested. “They’re bad people — vagabonds,” he said. The young man’s mother, a street merchant, held up a pair of black pants to show they were torn. She said it was not until the video surfaced that she discovered what had happened.

“He had stayed in his bed during about two weeks but he never told me what was wrong with him,” she said. “We’re humiliated … After I saw the video, I couldn’t stop crying.”

Uruguayan Navy Lieutenant Nicolas Casariego confirmed to ABC News that the video is real. He spoke through the barbed-wire fence that surrounds the base where the alleged incident took place.

Casariego, the base commander, called the apparent abuse in the video “a game” and said it wasn’t sexual in nature. “It’s a young guy who is normally around here, like these people,” he said, pointing to a Haitian family sitting outside their home twenty yards away. He said the soldiers engaged in “some kind of bullying, but nothing more.”

The alleged assault is just the latest in a series of incidents that have frayed relations between Haitians and the 12,000 foreign troops who have been stationed in Haiti under the U.N. banner now for several years. Anti-U.N. riots shut down major cities and thoroughfares after an outbreak of cholera last October. Rumors circulated that a U.N. base had introduced the disease to Haiti. Scientific studies by the Centers for Disease Control and others have since confirmed the source of the outbreak was a Nepalese peacekeeping base in central Haiti.

Sinal Bertrand, a Haitian parliamentary deputy from the Port Salut area, said he began talks with U.N. officials last week about other allegations against the soldiers by residents of Port Salut, ranging from sexually exploiting young women to environmentally polluting the area.

Andre Jean, a local mechanic, summed up those tensions, saying he does not believe the peacekeepers make him any more secure.

“They aren’t useful to us at all,” he said. “They just go back and forth to the beach, nothing more here in Port Salut. They just check out the young girls. If something happens to you and you go to them to ask for help, they tell you, go to the police.”

Bertrand said he is calling on the U.N. to ensure that the alleged assailants in this latest case are punished.

“If they don’t collaborate with the justice system, I’ll denounce them,” he said. “I’m expecting [the U.N.] to respond, until there’s justice.”

Norwegian intelligence: ‘mistakes were made’ 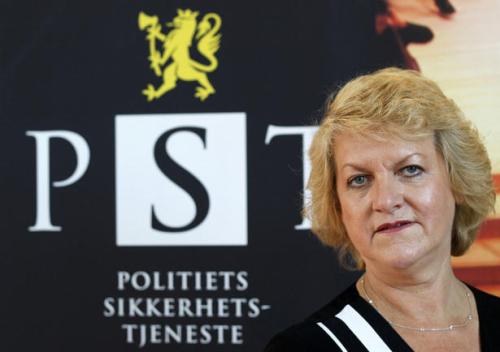 Janne Kristiansen, Norway’s intelligence chief, has admitted that her agency may have made mistakes

Norway’s intelligence chief, under fire for claiming police could not have pre-empted the July massacre in which Anders Behring Breivik killed 77 people, has admitted that her agency may have made mistakes.

Janne Kristiansen, the head of Norway’s intelligence agency PST, said in an interview with daily Aftenposten, said: “We have to be humble and acknowledge that we may have made mistakes and some of our priorities may have been wrong.”

After the July 22 twin attacks, Ms Kristiansen was lambasted for prematurely claiming her agency could not have picked up on any clues of a pending attack because the Breivik was a “lone wolf.”

“Even the Stasi (secret police) in East Germany would not have detected this person,” she said just three days after the tragedy.

She later apologised for that remark.

The PST said it had received a list of names of people, including that of Behring Breivik, who had bought chemical products online that could be used to make bombs.

But the intelligence agency decided not to follow up on the information because Behring Breivik, who actively expressed anti-Islamic and anti-immigration remarks online, was not listed in its files.

“We have carried out the evaluations that we thought were necessary. Were they good enough? That’s what the commission has to find out, and learn the lessons from,” Ms Kristiansen said.

On August 12, the Norwegian government set up an independent commission to draw lessons from the attacks and see whether various administrations’ work methods need to be improved.

Its work is expected to be concluded in August next year.

Ms Kristiansen also ruled out any talk of her resignation.

“I will not leave in the middle of a storm. When you’re at the helm, the most important thing is stay on the job throughout the most difficult patches,” she said. “Then you can see once everything has calmed down.”

Several members of the opposition have called for Ms Kristiansen to resign, but Justice Minister Knut Storberget has given her his full support.