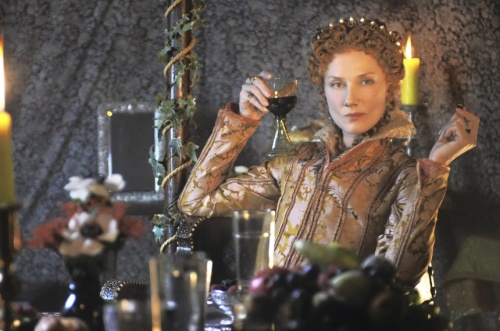 I had this debate with my college English lit professor: Who wrote Shakespeare’s plays?

One of the oldest questions concerning William Shakespeare is whether he wrote his works or not. The first mention that he might not have written the works attributed to him was made by the Rev. James Wilmot in 1785. Wilmot suspected that Francis Bacon was the real author.

But there are others to consider.

More than 70 candidates have been proposed. The most popular include Edward de Vere, the 17th Earl of Oxford; Christopher Marlowe; Bacon; and even Queen Elizabeth I. Each has a group of followers who support that particular person as the real author of Shakespeare. De Vere’s are called Oxfordians, Bacon’s Baconians, and Marlowe’s Marlovians. Queen Elizabeth’s followers have pretty much faded away. Those who believe Shakespeare to be the true author are known as Stratfordians.

Fact is, there’s little evidence that Shakespeare wrote his works. As it happens, we have a lot more evidence indicating he didn’t write the works attributed to him.

William Shaksper (sic) lacked the background and education to write such masterful plays and sonnets. His parents were probably illiterate and so were his daughters. So it’s unlikely he possessed the high degree of literacy exhibited in his plays.

It’s argued that the plays were written a highly educated man. But there’s no evidence that poor-as-a-church-mouse Will ever attended a university.

Furthermore, no portraits were painted of him during his lifetime as was typical of noted authors. And his entry in the parish death registry merely lists him as a “gent,” rather than as a playwright or actor.

Edward de Vere is generally regarded as the most likely of the bunch to be the famed author. In 1920 J. Thomas Looney was the first to propose de Vere as the writer of Shakespeare’s plays and sonnets. In “Shakespeare Identified” he pointed out analogies between Oxford’s poetic techniques and the Bard’s writing.

Not convinced? A friend of de Vere once referred to him as a “man whose countenance shakes spears.” And one of the Earl’s coats of arms depicts a lion shaking a broken spear. Plus, as a ward of Queen Elizabeth I, he was well educated, a patron of the theatrical arts, and held a lease on the first Blackfriars Theatre.

“Anonymous” is a new movie that takes on the question of authorship of Shakespeare’s works. As proposed by director Roland Emmerich (“Independence Day,” “2012”), de Vere is the true penman. Shakespeare was just a front man. And Ben Jonson was miffed at being passed over for this honor.

This is presented as history’s greatest literary scam. “We’ve been played,” posits the film’s trailers.

In this telling, aristocratic Edward de Vere (Rhys Ifans) is both son and lover of Queen Elizabeth (Vanessa Redgrave). Believing that theaters are the work of the devil, a relative named Robert Cecil (Edward Hogg) blackmails de Vere into removing his name from all his plays, attributing them to a handy surrogate named Shakespeare (Rafe Spall), an “illiterate drunkard, notorious fool, and bit-player.” Fellow playwright Ben Jonson (Sebastian Armesto) is privy to this subterfuge. Thus we have a conflict that sets the stage for murder, court intrigue, and the high drama of the Essex Rebellion.

Roland Emmerich admits that he never enjoyed reading Shakespeare in school, saying he picked up what he knows of Shakespeare from watching movies. So consider this his contribution to English literature.

In pressing the Oxfordian theory, Emmerich reckons “everybody in the Stratfordian side is so pissed off because we’ve called them on their lies.”

Truth is, few Shakespeare scholars and literary historians consider it likely that another person wrote Shakespeare’s plays. One problem with the de Vere theory is that he died in 1604, before 10 of Shakespeare’s plays were written. But the 17th Earl of Oxford makes good fantasy for a movie.

Wonder if my old college prof would agree?