For Chinese communists, only RedPad, not iPad, will do 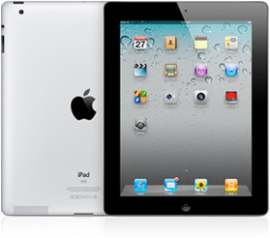 The iPad just isn't right for the China Communist Party; the RedPad is. (Credit: Apple)

When you’re a member of the China Communist Party, the iPad just doesn’t let you think different enough, it seems.

According to Reuters, China’s Communist Party members can now carry the RedPad Number One, which among other things comes bundled with software that allows up-and-coming commissars to monitor both the news and the journalists who report it. The Android-based tablet, which comes with a 9.7-inch display and a leather case, isn’t for the masses, though. The device sells for 9,999 yuan (about $1,600).

That exorbitant price tag is causing some bloggers in China to speak out against the Party. The critics say that it’s entirely possible the Party could use taxpayer dollars to pay for the tablets. In fact, Chinese Web site 91wenwen conducted an online survey earlier today on the topic, finding that about 2,000 people believed taxpayers could foot the bill. Nearly 3,000 respondents, however, say that it’s a “symbol of privilege.”

Perhaps what’s most interesting about the RedPad is that it comes with a host of applications designed to help party members keep tabs on the media. Reuters describes one application that lets members easily validate a journal’s accreditation. Another application lets them monitor blogs and microblogs.

Blogging services have long been a thorn in China’s side. The country has gone so far as to censor many of those services in an effort to “safeguard the public.”

“The rapid advance of this flood has also brought ‘mud and sand’–the spread of rumors–and to nurture a healthy Internet, we must thoroughly eradicate the soil in which rumors grow,” state-run media organization Xinhua wrote last year about blogs and microblogging services. “Concocting rumors is itself a social malady, and the spread of rumors across the Internet presents a massive social threat.”

This entry was posted in Communism, Sci-Tech. Bookmark the permalink.