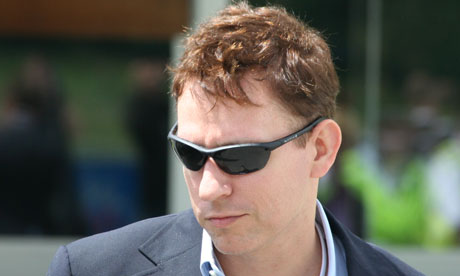 Thiel, a Facebook board member, owns a stake worth more than $2.5 billion at the high end of the range being considered.

Yelp and Facebook’s IPOs will give another boost to Silicon Valley’s influential PayPal alumni.

The fortunes of the so-called PayPal Mafia are poised to grow.

Jeremy Stoppelman and Max Levchin own about $200 million in Yelp Inc. shares heading into the company’s initial public offering, setting up the latest payday for PayPal Inc.’s former executives. Stoppelman, co-founder and chief executive officer of Yelp, owns 11.1 percent of the company, while Levchin, the chairman, has 13.5 percent. The user-generated review site announced plans last week to sell shares for $12 to $14 apiece in an IPO, valuing Yelp at as much as $838 million.

The Yelp executives join Facebook Inc. investors Peter Thiel and Reid Hoffman and Space Exploration Technologies Corp. founder Elon Musk on a short list of ex-PayPal employees poised to generate big-time riches from pending IPOs. PayPal, which developed an online payment system, was purchased by EBay Inc. for $1.5 billion in 2002, making many of its early employees rich and eager to pursue new endeavors.

“PayPal did a great job of producing a very talented class of entrepreneurs,” said Eric Jackson, the company’s first marketing director and author of “The PayPal Wars.” “They’ve gone on to do amazing things in Silicon Valley and the tech industry.”

Stoppelman, 34, co-founded San Francisco-based Yelp in 2004, after serving as PayPal’s vice president of engineering from 2000 to 2003. Levchin, 36, has been chairman of Yelp since 2004. After working as PayPal’s chief technology officer, he founded Slide Inc., a Web application developer that was purchased by Google Inc. in 2010.

Both executives were among a group of colleagues who came to be known in Silicon Valley as the PayPal Mafia. The moniker was codified by an article in 2007 in Fortune magazine.

Vince Sollitto, a Yelp spokesman who also used to work at PayPal, declined to comment.

Yelp, which first filed to go public in November, plans to raise as much as $100 million in the offering. Its revenue rose 74 percent to $83.3 million last year, as the number of monthly unique visitors jumped 67 percent to 66 million.

While Yelp will go public first, it will be dwarfed in size by Facebook. The world’s largest social-networking site filed earlier this month to raise $5 billion in the largest Internet IPO on record. The Menlo Park, California-based company is considering a valuation of $75 billion to $100 billion, according to people familiar with the matter.

Facebook’s seed funding in 2004 came from Thiel and Hoffman, who are now venture capitalists. Thiel, a Facebook board member, owns a stake worth more than $2.5 billion at the high end of the range being considered. While Hoffman’s stake isn’t disclosed in the prospectus, the website Who Owns Facebook estimates he owns 0.5 percent, or about $500 million based on a valuation of $100 billion. Hoffman is also the founder and biggest shareholder of LinkedIn Corp., with stock valued at about $1.8 billion following its IPO.

Thiel’s Founders Fund, which includes other PayPal alumni, is poised to reap additional gains from the IPO of SpaceX, the private rocket-launch business founded by Musk. In an interview this month, Musk said “there’s a good chance that SpaceX goes public next year.”

Musk, whose main job is Tesla Motors Inc.’s CEO, also is chairman of solar installer SolarCity Corp. That company is preparing to file for an IPO as early as March, a person familiar with the matter said this month.

Musk and Thiel were rivals in the early online payment days — before their companies merged, forming what became PayPal. Before PayPal’s IPO in 2002, Musk was the biggest individual shareholder, with 11.7 percent ownership. Thiel owned 4.6 percent, and Levchin controlled 2.9 percent.

PayPal’s former operating chief, David Sacks, is now founder and CEO of Yammer Inc., a provider of social-networking software to businesses. Its service is used by more than 100,000 companies. While Sacks isn’t talking about an IPO filing, his startup is benefitting from the popularity of Facebook and growth of social media.

“Facebook is the inspiration for a lot of what we’ve done in a parallel universe,” Sacks said in an interview with “Bloomberg West.” “They’re essentially connecting the whole world. The scale is staggering.”

This entry was posted in 2012 Election, Big Brother Surveillance Society, Internet and Computers. Bookmark the permalink.