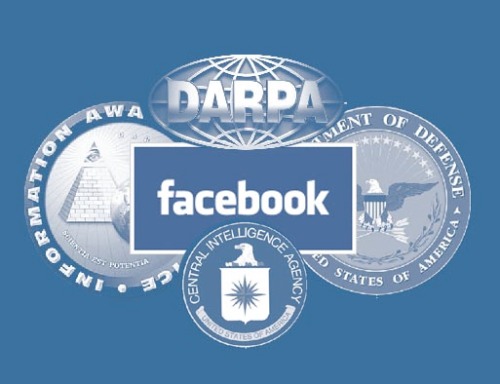 When it comes to valuing Facebook’s billionaires, there have been some head-spinning numbers thrown around.

It was made all the more dizzying when the Menlo Park-based company filed for its initial public offering with the Securities and Exchange Commission in February. Since then, Facebook has been the subject of constant chatter. How much is the company really worth? $50 billion? $75 billion? $100 billion?

As the world awaits for Facebook to price its IPO, here’s one number while you sit tight: $28.7 billion.

That’s the combined net worth of Facebook’s three founders, one early exec, and three early investors–all billionaires who have made most of their fortune from the social networking phenomenon. According to Forbes Billionaires List for 2012, three Facebook founders, including Mark Zuckerberg (No. 35), and four of the company’s backers, including Peter Thiel (No. 854), are worth nearly $30 billion all together.

The bulk of that comes from CEO Zuckerberg, whose net worth of $17.5 billion is up $4 billion from Forbes’ 2011 evaluation. Jumping 16 spots up on the list from last year’s ranking, Zuckerberg oversees an empire that he started out of his Harvard dorm room. He maintains majority voting control (perhaps on advice from Sean Parker) over the company by arranging for Thiel, cofounder Dustin Moskovitz (No. 314) and other insiders to let him vote their shares.

Forbes’ estimate of Zuckerberg’s net worth is not as high as some would expect. We chose to take a conservative view, using the most recent reported institutional transaction as the basis for valuing the company and its sandal-sporting, hoodie-clad chief. His net worth may change when the IPO occurs later this year.  Zuckerberg owns 28.4% of all outstanding Class B shares in the company.

Moskovitz and Eduardo Saverin (No. 634) are the other Facebook founders who crossed the the billion dollar threshold. Moskovitz, who at 27 is the youngest billionaire on Forbes’ list–he’s younger than Zuckerberg by eight days–has a net worth of $3.5 billion. That’s up from $2.7 billion last year. He left Facebook to start Asana, a collaboration software company. Saverin lives in Singapore where he invests in technology startups. The ousted founder, who received a 5% stake in the company following a lawsuit and has since sold some of his shares, is worth $2 billion, up $400 million from last year.

Two early investors, who sit on the Facebook board, are also billionaires because of their early investment in the social networking company. Thiel invested $500,000 in 2004 and that stake alone is worth well over two-thirds of his $1.5 billion. Jim Breyer (No. 1,075) and his Accel Partners invested $12.7 million in Facebook. The $1.1 billion man owns one percent of the company separate from his firm’s roughly 10% stake.

Yuri Milner (No. 1,153), the smiling Russian who was on the cover of last year’s edition of the World’s Billionaire List, has a net worth that remains unchanged at $1 billion. A sharp Silicon Valley investor, he didn’t quite get into Facebook as early as Thiel or Breyer. Milner invested $200 million through his fund, DST Global, in 2009. According to Facebook’s S-1, Milner holds ultimate voting power over DST’s shares, which constitute 5.5% of the company’s voting power.

Parker (No. 601) has had his share of hot companies, including Spotify and Airtime, but the vast majority of the Napster man’s $2.1 billion fortune stems from his early role in Facebook. He only maintains an equity interest, however, and has deferred his shares to Zuckerberg for all company voting matters.

Facebook’s Gang of Seven may have to make space for one more in the coming years: Sheryl Sandberg, who joined Facebook as its Chief Operating Officer in March 2008. One of the valley’s most powerful women, the Walt Disney and Starbucks board member only owns 1.8 million shares, far less than a 1% stake. She does, however, own more than 39 million Restricted Stock Units, which make take her well over the $1 billion mark if and when they vest and Facebook’s post-IPO stock price pops, as some analysts expect.

Until that IPO, we’ll keep tracking Facebook–with its 845 million active users and 100 billion friendships–and its billionaires.