U.S. military dumped millions of pounds of mustard gas, explosives into the Gulf of Mexico 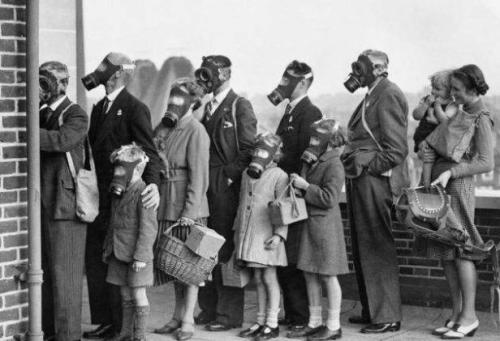 (NaturalNews) It’s not something that has been sanctioned by the Defense Department for more than 40 years, but once upon a time, it appeared to be a routine practice: The disposal of U.S. arms at sea.

Now, years later, the effects of this irresponsible practice are returning to haunt us.

“Lurking (and leaking) beneath the world’s oceans are an estimated 200 million pounds of unexploded and potentially dangerous explosives – from bombs to missiles to mustard gas,” Fox News reported recently.

That is the conclusion of William Bryant and Niall Slowey, oceanographers from Texas A&M University, who have documented a pair of these dump sites in the Gulf of Mexico. The two researchers put out a conservative estimate that at least 31 million pounds of ordnance can be found in the Gulf of Mexico, as well as off the coastlines of at least 16 states, from New Jersey to Hawaii.

That includes thousands of containers of mustard gas, which lie strewn about the ocean floor off the coast of New Jersey. And, they said, there are seven dump sites on the seafloor of the Gulf, each one measuring approximately 81 square miles

One is located at the mouth of the Mississippi River Delta.

“The amount that has been dumped was unbelievable,” Bryant said. “No one seems to have reported seeing explosives in the Gulf. We felt it was our responsibility to report it.”

After a half a century on the sea floor…

Now, the two oceanographers admit that the existence of UXO (unexploded ordnance) at sea is no secret. Until relatively recently, it was an acceptable international practice.

For the U.S. anyway, that all changed in 1970 after the Pentagon prohibited the practice. Congress followed up with the Marine Protection, Research and Sanctuaries Act of 1972, which generally banned sea disposal altogether.

But after some 50 years or more on the sea floor, the condition of these dangerous munitions is not known.

“Is there an environmental risk? We don’t know, and that in itself is reason to worry,” Bryant said. “We just don”t know much at all about these bombs, and it’s been 40 to 60 years that they’ve been down there.”

The report noted that analysts have suspected for some time that tones of undocumented munitions were “short-dumped,” as in, disposed of long before ships reached designated dumping sites, leaving them much too close to shore for comfort.

While conducting their sea floor research, Bryant and his team found two dump sites where they vividly captured decaying canisters of what they believe to be chemical weapons. At one point, they also found themselves floating above a field of munitions that were as large as 500 pounds.

How much is out there, and where is all of it?

In a statement published by Texas A&M, an explosion from a UXO could produce a number of calamities: It could threaten ship traffic, commercial fishing and cruise lines, among other activities. And, of course, the munitions pose a threat to some 30,000 people who work in the oil and gas industry aboard ocean rigs.

Bryant’s team said Texas shores are the closest to munitions, some of which lie as little as 50 miles offshore. Louisiana was the second closest, and in particular, the Mississippi River Delta.

Officials at the Defense Department want to know just how lethal these devices still are, so the Pentagon began conducting a massive search effort in 2004 to locate all of the ordnance. Thousands of hours of labor have been spent looking over millions of pages worth of documentation to determine where dump sites are, what type of ordnance was dumped and how much at each site.

The team has presented their findings at the International Dialogue on Underwater Munitions in Puerto Rico recently.

2 responses to “U.S. military dumped millions of pounds of mustard gas, explosives into the Gulf of Mexico”