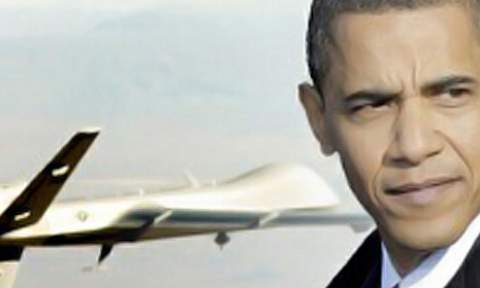 On August 11, 2011 a report of the Bureau of Investigative Journalism said, “The Guardian published some of the pictures, we have obtained…as many as 168 children have been killed in drone strikes in Pakistan during the past seven years.

In his second term, it was expected that the U.S. President Barack Obama would reassess America’s controversial foreign policy, especially by ceasing CIA-operated drone attacks on Pakistan. But these aerial strikes continue on Pak tribal areas.

It is worth mentioning that Director General of Inter-Services Intelligence (ISI) Lt. Gen. Zaheerul Islam, who visited America in August, 2012, emphatically told the then-CIA Director David Petraeus that predator strikes are a violation of Pakistan’s sovereignty that must be stopped. He pointed out that these strikes are proving counterproductive, giving a greater incentive to fundamentalist and extremist elements in Pakistan and are increasing anti-U.S. sentiments among the people.

While addressing the UN General Assembly on September 25, President Asif Ali Zardari said, “Drone strikes and civilian casualties on our territory add to the complexity of our battle for hearts and minds through this epic struggle” against terrorism.

Besides, after her meeting with U.S. Secretary of State Hillary Clinton on September 21 in Washington, Pakistan’s Foreign Minister Hina Rabbani Khar stated that they had discussions on drones, saying, “These are illegal and counterproductive.” She explained that when “a U.S. drone carries out a strike, Pakistani officials have to hear remarks that this is a U.S. war.” Khar elaborated that in 352 terrorist attacks in Pakistan, many of those killed were Pakistanis as opposed to foreigners.

While justifying these air strikes by spy planes, the counterterrorism advisor to Obama, John Brennan, and Defense Minister Leon Panetta have defended these attacks on Pakistan’s tribal areas under the pretext of North Waziristan-based Haqqani militants whom they have blamed for several assaults on American and NATO bases in Afghanistan. On the other hand, U.S.-led coalition forces have failed in stopping incursions of heavily-armed insurgents in Pakistan from thye Afghan side who have killed more than 100 personnel of Pakistan’s security forces in the last two years while targeting the infrastructure of the area. In fact, the U.S. seeks to make North Waziristan a scapegoat for NATO’s defeat in Afghanistan by continuing the illegal mass murder of innocent people through Predator strikes.

However, setting aside parliamentary resolutions, rallies and processions of Pakistan’s political and religious parties against drone attacks, and ignoring the new rapprochement between Islamabad and Washington, without bothering about any internal backlash, these strikes keep on going on in the FATA.

In fact, such American duplicity contains a number of covert designs. The fresh wave of strikes by pilotless aircraft has thwarted the offer of militants and the Pakistani government for peace talks. And the Tehreek-e-Taliban Pakistan (TTP) has as a result accelerated subversive activities in the country. Now, the U.S. seeks to incite the Haqqani network as over the past 14 months, as most of these strikes have targeted North Waziristan. So, these aerial attacks are provoking the tribal people against Pakistan’s security forces and increasing the recruitment of insurgents. Another aim of these strikes is to create a rift between Pakistan’s armed forces on one side and the political and religious parties including the general masses on the other. Besides, Pakistan is the only nuclear country in the Islamic world. Hence, the U.S., India and Israel are determined to weaken it. The drone campaign is also part of this game.

The strikes by the unmanned aerial vehicles (UAVs) which have continued in Pakistan’s tribal areas since 2004 have intensified during the Obama era. In one of the major drone attacks more than 40 civilians and policemen were killed on March 18, 2011 in the Datta Khel area of North Waziristan. In the past few months, these unmanned aircraft killed more than 100 people in North Waziristan.

As regards civilian casualties, on August 11, 2011 a report of the Bureau of Investigative Journalism said, “The Guardian published some of the pictures, we have obtained…as many as 168 children have been killed in drone strikes in Pakistan during the past seven years.” While rejecting the CIA’s false claim, the report disclosed, “It is a bleak view: more people killed than previously thought.”

Besides, a report of the New America Foundation revealed that President Obama has “authorised 193 drone strikes in Pakistan, more than four times the number of attacks that President Bush authorised during his two terms.” The report explained, “When the U.S. drones attack Pakistan’s tribal areas, it is not just the 10, or 50, innocent civilians they kill, these killings provide reason to youth for joining terrorist groups waging war against the U.S. and of course Pakistan…while killing 10 militants, the U.S. has murdered more than 1,400 Pakistanis not involved in any terrorist activities. Could it not be inferred that it gave birth to another 1,400 militants?”

The latest report, “Living Under Drones,” prepared by experts from the Stanford Law School and the New York University School of Law, disclosed that the U.S. campaign of drone “strikes in Pakistan’s northwestern tribal belt is terrorising civilians 24 hours a day and breeding bitter anti-American sentiment. [They] have killed thousands of people…even stopping their children going to school for fear of being targeted.” Based on research, the report urged Washington to rethink its drone strategy, arguing it was counterproductive and undermined international law.

Nevertheless, details collected by Pakistani journalists show that civilian casualties through drone strikes are higher as indicated [even] by U.S. officials. In the last four years, more than 800 innocent civilians and only 22 Al-Qaeda commanders have been killed by these aerial attacks.

Particularly during his first presidential campaign, Barack Obama pledged to reverse the excesses of the Bush era in relation to terrorism. He also promised to reformulate a counterterrorism policy in accordance with the legal and moral values of the U.S. Contrary to his assertions, Obama followed Bush’s approach to counterterrorism in its worst form by expanding and accelerating the Predator strikes.

In this respect, The New York Time on May 26, 2011, in an article which was written with the assistance of several counterterrorism advisers of the administration, revealed, “President Obama has become personally involved in the process” and “has normalised extrajudicial killings from the Oval Office, taking advantage of America’s temporary advantage in drone technology. Without the scrutiny of the legislature and the courts, and outside the public eye, Obama is authorising murder on a weekly basis.”

Notably, the American constitution explicitly grants the right to declare war to the Congress so as to restrain the president from chasing enemies around the world, based solely on his authority as commander-in-chief, by waging a secret war.

Instead of capturing militants alive and to avoid giving the right of due process of law to them in a court, President Obama has openly been acting upon a ruthless policy of targeted killings by supervising the CIA-controlled drone warfare.

Notably, President Obama has broken all the records for human rights violations by extrajudicial killings of innocent people through CIA-operated unmanned aircraft, which are part of his so-called counterterrorism operations in Somalia, Yemen, etc. in general and Pakistan in particular, while the U.S. claims to be the protector of human rights not only inside the country but all over the world.

On the one hand, top U.S. officials, particularly Secretary of State Hillary Clinton, have repeatedly said that America needs Pakistan’s help not only for the peace process with the militants, but also for stability in Afghanistan in the post-2014 scenario; but on the other, U.S. spy planes in Pakistan’s tribal regions are undermining international efforts for stability both in Afghanistan and Pakistan, including a peace dialogue with the Afghan militants.

Meanwhile, Ben Emmerson, UN Special Rapporteur on Human Rights and Counter-Terrorism, said on August 16 of this year that it was time for “the U.S. to open itself up to scrutiny as to the legality of such attacks…each strike is visually recorded and videos could be passed to independent assessors.” Recently, former U.S. presidents Jimmy Carter and Bill Clinton have also opposed Obama’s faulty strategy of drone strikes.

Nonetheless, these strikes are illegal, unethical and a violation of Pakistan’s sovereignty as well as the UN Charter. But U.S. warrior President Obama remains intransigent in continuing his secret war through drone attacks.