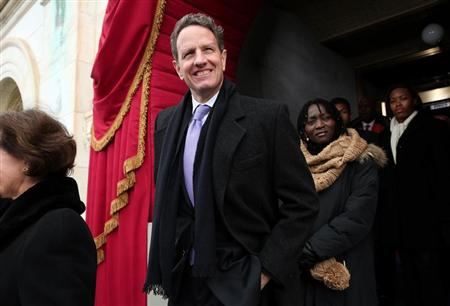 Geithner was the head of the New York Federal Reserve Bank before becoming treasury secretary in 2009. He had previously served at the U.S. Treasury during President Bill Clinton’s administration and had held a senior post at the International Monetary Fund.

“His coming to CFR only strengthens our capacity to produce thoughtful analysis of issues at the intersection of economic, political, and strategic developments,” CFR President Richard Haass said in a statement.