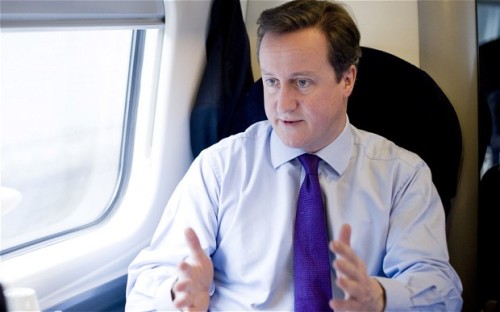 Mr Cameron says the government papers – likely to be disputed by Alex Salmond’s Scottish National Party (SNP) – would provide “expert-based analysis to explain Scotland’s place within the UK and how it might change with separation. Photo: GEOFF PUGH

David Cameron has praised the “unbreakable bonds” between England and Scotland as he launches a new phase of the campaign against Scottish independence.

On Monday, ministers will fire the opening shots in the propaganda war by publishing the first in a series of government documents designed to show how being in the UK benefits Scotland.

The papers will examine key issues in the independence debate ahead of the planned referendum, which is likely to be held in the autumn of 2014, including the economy, the currency, defence, foreign policy and welfare.

In an article published on the Downing Street website, the Prime Minister restates his “passionate” belief in retaining the historic Union between the two countries, declaring: “I will make the case for the UK with everything I’ve got.”

Mr Cameron argues that the case for the Union depends on the head as well as the heart, claiming: “Our nations share a proud and emotional history. Over three centuries we have built world-renowned institutions like the NHS and BBC, fought for freedom and democracy in two World Wars, and pioneered and traded around the world.

“Our ancestors explored the world together and our grandfathers went into battle together as do our kith and kin today – and this leaves deep, unbreakable bonds between the peoples of these islands.”

Polls north of the border suggest support for an independent Scotland is stalling, at around 23 per cent.

Mr Cameron says the government papers – likely to be disputed by Alex Salmond’s Scottish National Party (SNP) – would provide “expert-based analysis to explain Scotland’s place within the UK and how it might change with separation. We don’t shy away from putting facts and evidence before the Scottish people.

“I know those arguing for independence are already preparing their separate transition plan, as though they’ve got this in the bag, but to me that is wrong. It’s last fast-forwarding to to the closing credits before you’ve been allowed to see the movie.”

The Prime Minister’s intervention came after Mr Salmond outlined transitional arrangements if Scotland voted to go it alone – with Independence Day likely to be in March 2016, and the first elections to a stand-alone parliament two months later.