Millions of Britons racked with worry over recession, crime, health and the Big Brother surveillance state

The report, In the Face of Fear, calls for a campaign to cut ‘institutionally-driven fear’ 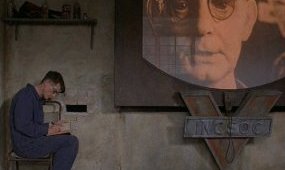 More than seven million Britons are living with anxiety problems, almost a million more than a decade ago, a report reveals.

Two in three say the financial downturn has caused them to be anxious, fuelled by 24-hour news and ‘worst case’ images used by politicians.

Mental health experts believe that fear and anxiety could actually make the economic crisis worse and result in a longer recession.

Knife crime, MRSA, bird flu and terrorism are among other issues contributing to a ‘culture of fear’, says a report from the Mental Health Foundation (MHF) charity.

Even measures to tackle crime such as CCTV cameras may be counter-productive because they intensify fears.

The report, In the Face of Fear, calls for a campaign to cut ‘institutionally-driven fear’ and raise awareness of mental health problems.

It says: ‘The more fearful people feel in the general population, the more will be tipped over into diagnosable anxiety disorders.’

A poll of 2,246 adults for the MHF report found 77 per cent believed the world had become a more frightening place in the last ten years.

Asked specifically about the economic crisis, 49 per cent said they were anxious about money, with 66 per cent experiencing fear or anxiety about the current economic situation.

The MHF says fear is partly driving the economic crisis because emotion overrides logical thinking and this could hinder efforts to escape it.

It says: ‘Individuals and institutions – keen to protect themselves – are now too afraid to lend, spend and invest, despite the fact that these actions could assist in ending the recession.’

Research shows people with anxiety are at increased risk of heart disease and high blood pressure.

Anxiety has also been linked to increased incidence of gastrointestinal problems, arthritis, migraine, allergies, thyroid disease and chronic respiratory disorders such as asthma.

Dr Andrew McCulloch, chief executive of the Mental Health Foundation, said: ‘This report shows that fear is having a serious negative impact on the mental and physical health of the nation.

‘The modern world will test our resilience again and again, and people need to know how to process their emotions better to prevent harm to their mental and physical health.

‘Prevention campaigns about physical illnesses like heart disease and cancer are often mounted, but less than 0.1 per cent of adult mental health investment is allocated to mental health promotion.’

Microchips tell doctors if you are taking your pills, or not

New technology: Doctors could soon monitor whether a patient has taken their medication by microchips in their pills

Microchip that tells the GP if you’ve taken your pills

Microchips in pills could soon allow doctors to find out whether a patient has taken their medication.

The digestible sensors, just 1mm wide, would mean GPs and surgeons could monitor patients outside the hospital or surgery.

Developers say the technology could be particularly useful for psychiatric or elderly patients who rely on a complicated regime of drugs – and are at risk if they miss a dose or take it at the wrong time.

It could also be used for the chronically ill, such as people with heart disease, to establish whether costly drugs are working or whether they are causing potentially dangerous side effects.

The sensors could even remind women to take the Pill if they forget.

The ‘intelligent’ medicine works by activating a harmless electric charge when drugs are digested by the stomach.

This charge is picked up by a sensing patch on the patients’ stomach or back, which records the time and date that the pill is digested. It also measures heart rate, motion and breathing patterns.

The information is transmitted to a patient’s mobile phone and then to the internet using wireless technology, to give a complete picture of their health and the impact of their drugs.

Doctors and carers can view this information on secure web pages or have the information sent to their mobile phones.

The silicon microchips are invisible to patients and can be added to any standard drug during the manufacturing process.

Two major drugs companies are investigating the technology, developed by US-based Proteus Biomedical. Trials are to begin in the UK within 12 months.

Professor Nick Peters, a cardiologist at Imperial College London, who is co-ordinating
trials, said the technology was ‘transformative’.

‘This is all about empowering patients and their families because it measures wellness, and people can actually be tracked getting better,’ he said.

‘Normally patients would have to be in hospital to get this level of feedback, so the hope is that it frees up beds and saves the NHS money.’